The Basics of Bitcoin

If you have paid any kind of attention to market headlines, you have undoubtedly heard of Bitcoin, the digital cryptocurrency that is taking the world by storm. If you are reading this article, I am guessing you want to know (at least) one of these three things: What is Bitcoin? How does Bitcoin work? How can I earn a profit on this potentially lucrative investment?

Many of my peers have asked me what Bitcoin is because I am familiar with financial markets. Most recently, this question came from my wife, Katie. Like many others, she had heard of Bitcoin but had no idea what it really is. If you are in the same boat… don’t worry! I am here to help you understand what it is, how you can participate in the ever-growing movement of bitcoin owners/traders, and what it can be used for.

I am also excited to share a quick summary of how I profited $1,502 on my first Bitcoin investment. Onward! 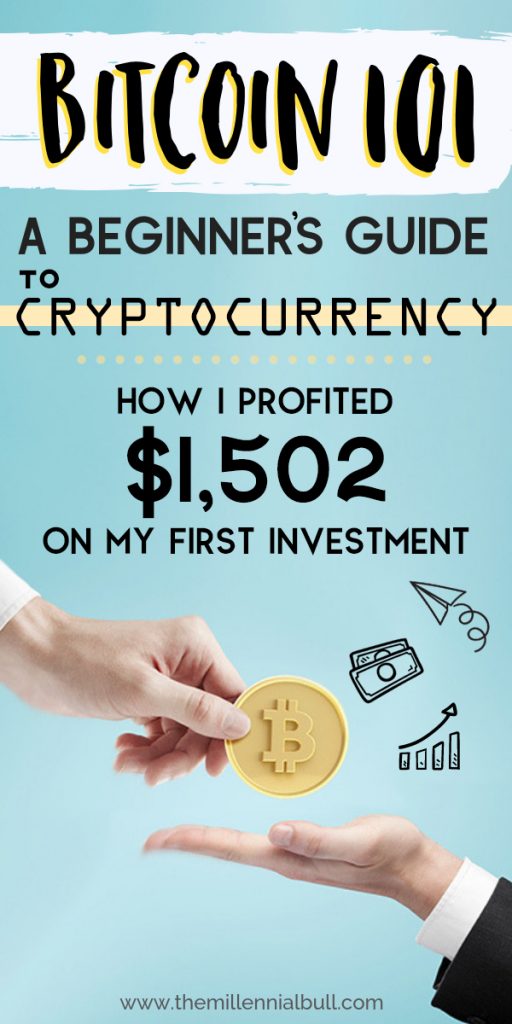 I would be doing my readers a disservice if I didn’t do a little research on the subject of Bitcoin before writing about it. Despite how much I already know about it, and despite having successfully invested in it, there is always more to learn. I believe that even experts owe their readers that much! Especially when markets such as this change quite often.

So, I did even more research and feel that what I am about to provide you with is an adequate representation of this digital cryptocurrency. It has been simplified in many instances to help non-technical/non-financial individuals feel confident in their take-away. The whole point is to understand it, right? My hope is to not have you walking away feeling like this guy: 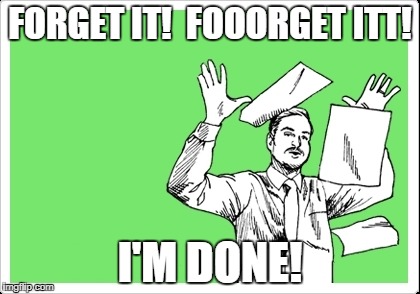 Bitcoin and the Millennial Generation

As you can see, our logo was influenced by the bitcoin revolution. This is largely because this massive market came to fruition in the early 2000s as millennials were just getting a taste of investing online. I am willing to bet that 20, 30, even 50 years from now, when the world thinks of the millennial generation, they will undoubtedly associate those of us who are interested in investing with cryptocurrency (wherever that may be by then). So, let’s get started on what Bitcoin even is.

Bitcoin was created by Software Developer Satoshi Nakamoto in 2009 (whether he was an individual or a group of people is unknown). The idea was to produce an electronic cash system that is/has:

The source code and domains were handed over by Nakamoto in 2011 after the concept and technology were cultivated. Then he disappeared.

Bitcoin is the most famous (and the first!) digital currency. It made headlines across the globe as investors tried to keep up with and get ahead of rapidly growing upward trend.

To be clear, Bitcoins are not printed – they are entirely electronic. So, no… those coins with with “B” symbol on them are not actual coins that we’ve got stacked up in a safe. Owners/traders are anonymous and connect with others through encryption keys.

Bitcoin is electronically created through “mining.” To mine a bitcoin, you need to have really fast and powerful computers that can solve very complex mathematical equations. When the equation is finally solved, the “miner” gets a Bitcoin. Each equation that is solved is more complex than the one before it. Because of this, each Bitcoin that is mined will take more and more computing power than the one before it.

Holders can transfer their bitcoins in a peer-to-peer network, which are tracked and permanently logged on the “blockchain,” or giant ledger. They can be divided into smaller parts however; the smallest divisible amount is one hundred millionth of a Bitcoin, which is called a Satoshi (named after the founder).

Related:
Should I invest in Bitcoin?

What is the Blockchain?

The Blockchain is a general ledger where Bitcoin stores all the transactions that have ever happened in the network. This is where mined Bitcoins go to be verified. If you have publicly used Bitcoin addresses, anyone can tell how many Bitcoins are in that address because of the blockchain however, because of Bitcoin’s anonymity, they won’t know exactly who the address belongs to.

Also, Bitcoin transactions are non-refundable unless the recipient agrees to return the Bitcoins back to you. If they don’t, they are gone forever!

How is Bitcoin printed and how can it be used?

This cryptocurrency can be used to buy things electronically just like any fiat currency. It can also be traded on an exchange in the same manner. The only difference is that it is not traded with fiat currencies on the FX. Instead, it has a separate platform of its own.

Bitcoins are not printed like dollars, they are complex and unique and can never be duplicated (theoretically). The decentralization of Bitcoins along with the fact that there can only be 21 million Bitcoins is what makes them special.

The way I profited from Bitcoin was not as technical as one might think. I saw that Bitcoin had a strong upward trend so I bit. There was some slight volatility where it was rising and falling on a daily basis however, over a week’s time or even month’s time, it was always up overall. This was during the middle of the Bitcoin craze when everyone said that the coin could go up to $20,000. Some were even speculating that it could go up to $100,000!

I was very skeptical about it hitting any of those prices however, I decided that I had some money that I could afford to lose and wanted to experience the process of buying and selling Bitcoin. I signed up to Coinbase, deposited money using my interest-free credit card ($3,000) and in less than a month, I cashed out at $4,500. Not a bad profit for a single month.  If I didn’t cash out, I could have made much more money, but I was wary of chancing it.

(Updated: November 2018) There is also a good chance I could have lost money if I hadn’t cashed out when I did. As we now know, Bitcoin experienced a massive correction starting in mid-December 2017 into January.

Yes, in a nutshell… that is basically it! I told you, I was going to try to make it as simple as possible to understand. If you were able to follow all that then congratulations, you now understand what Bitcoin is, its origin and how it is used. If you think you have additional useful information to add to readers, comment below and tell us your thoughts! Also, don’t forget to subscribe to our newsletter to receive more Bitcoin/cryptocurrency news along with other financial news and ways to help you reach financial independence. 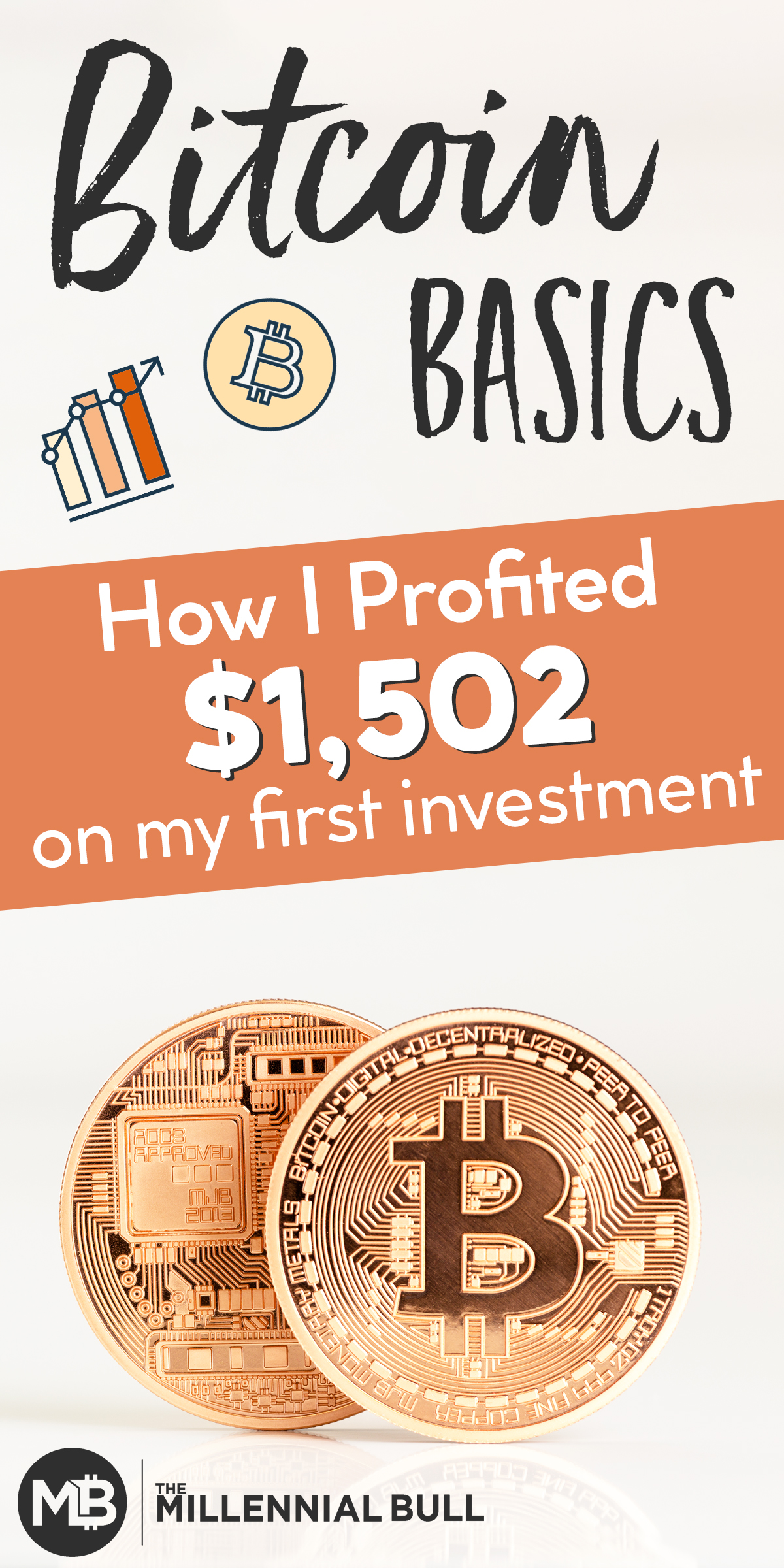 The shortcut to financial freedom is hard work, determination and perseverance!

Job Search: Why You Should Use LinkedIn To Job Hunt

What Is Ripple: Is Ripple the Next Bitcoin?

8+ Personal Finance Tips To Get Rich In...

We are a husband and wife team that have turned our mutual dream of running our own businesses into a reality. We quit our jobs to make money on our own time and we are here to teach millennials how to do the same!

Sign up to receive our free meal planner and grocery list printables to keep you organized and save time!